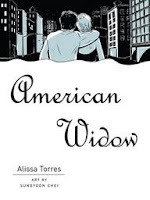 This graphic novel tells the story of Alissa Torres, whose husband Eddie started working in the World Trade Center on September 10, 2001, only to be killed the following day in the terrorist attacks. Pregnant and widowed, American Widow recounts how Alissa learned to deal with her loss, and then after giving birth to her son Joshua raising him as a single mother.

With beautiful illustrations and melancholy storyline, this haunting book captures the chaos and tragedy that engrossed New York City in the days and months following the attack, as well as the personal tragedy of those who lost family and / or friends on that fateful day that saw thousands of people killed. It also describes the ensuing financial and legal fight that many of the victims families were forced to launch, as they struggled to receive the monetary assistance that they were promised.

The Fate of Mice by Susan Palwick

Every once in a while you discover a writer that simply blows you away. Susan Palwick is one such author.

In this fantastic collection of short stories, the reader is introduced to a series of fascinating characters. For instance, there is Rodney, an IQ-enhanced mouse, who becomes self-aware and is forced to confront his own mortality. Then there are the victims of a terrorist attack, who are revived for a day so they can remind the living that they should cherish life. In another story, we meet a girl who discovers that her mother is a captured snow-maiden. And then there is the tragic love story involving a female werewolf, and another tale that recounts how a young boy deals with his father's suicide.

This collection of short stories is simply fantastic, and I will definitely pick up Palwick's novels to read. I highly recommend this book to anyone who is interested in first-rate fiction.

Always a Body to Trade by K. C. Constantine 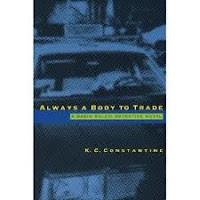 An unidentified young woman is found murdered by the police. Without any leads to work with, Chief Mario Balzic begins his search to find the killer of the nameless Jane Doe. But what starts as a mysterious murder soon turns into a sordid tale of police corruption, coupled with a power struggle between the police chief and the newly-elected Mayor, whose naive morality clashes with the reality of detective work.

In this installment of the Mario Balzic series, K.C. Constantine presents once again his brilliant dialogue and his frank, no-nonsense portrait of blue collar United States. The book is especially adept at portraying the overt racism of the late-1970s, as well as the messy reality of the legal system.

Unlike with his best work, however, this novel contains some uneven characters, particularly with some of the drug dealers who appear more clownish than human. That being said, the second-half of the story is quite good, and by the end of the book the reader is reminded once again why Constantine is such a strong writer.

Email ThisBlogThis!Share to TwitterShare to FacebookShare to Pinterest
Labels: Mystery

Bush at War by Bob Woodward

An intersting look at the initial reaction of the United States to the terrorist attacks of September 11, 2001. With unparalleled access, Woodward describes how President Bush and his top officials planned the invasion of Afghanistan, in order to defeat Al Qaeda and their Taliban hosts. With great clarity, the reader is given a look into the animated debates between Secretary of State Powel and Vice-President Cheney, the moral certainty of President Bush, and the hardheadedness of Defence Secretary Rumsfield, who was intent on forming a new military strategy.

Reading this book in 2009, however, seven years after it was published, one can't help but shake their head in amazement about everything that has occurred since then. It is also inevitable to ask such counter-factual questions as: What would have happened if Bush did not invade Iraq? Or, would things have turned differently if the White House had used all of their energy to reconstruct Afghanistan? Unfortunately, we will never know the answer, but at least we can imagine a parallel universe were the international goodwill that arose after September 11 was not squandered.

An incredible memoir about one woman's struggle against breast cancer. As a cartoonist for Glamour and the New Yorker magazine, Marisa Marchetto was a self-described, "shoe-crazy, lipstick-obsessed, wine-swilling, pasta-slurping" fashionista. But when she is diagnosed with cancer, just before her wedding no less, she is forced to confront a difficult new reality.

Incredibly, rather than letting cancer defeat her, Marchetto decides to use her artistic skills to recount her struggle. The result is a beatiful love story (she ends up marrying her fiance Silvano) that is filled with humour and wit. A definite inspiration for anyone whose life has been affected by cancer.

This is a brilliant book. Spanning only seven-and-a-half minutes in real time, this novel describes the lives of 253 passengers on a London Underground train from Embankment to Elephant and Castle station. Using a highly-original narrative format, Ryman recounts his tale by describing each passenger one-by-one, with each story being 253 words, while making connections among the various characters.

Among the countless people that we met are a criminal, a man who has a vision of William Blake, a madman who wants to kill his step-daughter, a pigeon, an IRA operative who is tracking the wife of an informant, a modern theater troupe that illegally busks on the train, and a love chain involving a homeless (or is he?) man who sells the Big Issue magazine.

This is the third Ryman book that I have read, and without a doubt, it reinforces why I think he is one of the best English-language novelists writing today.

Email ThisBlogThis!Share to TwitterShare to FacebookShare to Pinterest
Labels: Fiction

My Life by Bill Clinton

This is an OK memoir that provides a straightforward account of Bill Clinton's Presidency. Unfortunately for the reader, however, this book doesn't offer any deep insight into the life and mind of this complicated man. Furthermore, reading this book today, one can't help but notice the striking difference between President Obama, who is renowned for his cool, cerebral manner, and the chaotic mess that was the Clinton White House.

Bill Clinton is, without a doubt, a brilliant man. It is also clear that he is extremely empathetic. But what is so regretable is that he is also haunted by demons, which it appears that even he doesn't understand. In short, this book left me with the lasting impression that it was written by a highly intelligent man who wanted to do good, but who failed to live up to his promise by shooting himself in the foot in spectacular fashion.

An interesting look at contemporary Cuba that poses the $64,000 question: What will happen to the Caribbean island once Fidel Castro is gone? In this thorough work, Falcoff provides a comprehensive analysis of Cuba, and its complicated relationship with the United States. The result is an excellent study of the sole communist state in the western hemisphere.

Among other issues, this book looks at the economic structure of Cuba (with a particular focus on the sugar and tourism industries), the changing nature of Cuban immigration to the United States, and the true state of race relations and religion on the Marxist island. Despite having a strong anti-Castro bias -- is it possible to write an objective book on Cuba? -- Falcoff's work is a worthwhile read for anyone who is interested in the future of U.S.-Cuba relations.